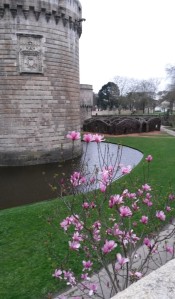 Nantes (France) the first regional workshops took place. Did you know that Nantes’ most common nickname is the Venice of the West? A name referring to its position on the river delta of the Loire, the Erdre and the Sèvre.

In Rome (Italy) we visited the Colosseum. The Colosseum was the sports stadium in the ancient Rome, it was the site of most of the gladiatorial contests.  In these contests men fought other men or wild animals (no, not snakes,you silly!). To the Romans, seeing animals killed in the Colosseum was entertaining. Plus, admission was free and anyone could attend. The Colosseum was built of concrete and stone and is still fairly intact even today.

In Brno (Czech Republic) we went to the old town hall. It has a legendary Gothic portal with a crooked turret. The rumour has it that the stone master was not paid for the portal of the Old Town Hall and therefore he intentionally crooked the central turret in the portal. The passage is “inhabited” by the famous crocodil , beloved symbol of the city of Brno. What great route to walk to school this is! In Brno we celebrated Leea’s Birthday, she is the national organiser of TSG In Romania. Congratulations! 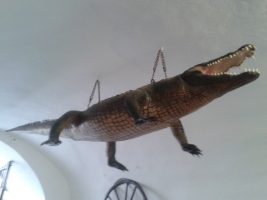 Next stop will be Slovenia!